By LaDonna Lusher and Marta Nadgorska

Yesterday marked the anniversary of the Supreme Court’s ruling in Obergefell v. Hodges that legalized gay marriage in all 50 states. But in more than half of U.S. states, members of the LGBT community do not have legal recourse if they are fired for wearing their wedding ring to work.

The current status under federal law as outlined in Title VII of the Civil Rights Act of 1964 does not explicitly prohibit discrimination against sexual orientation or gender identity. This is alarming considering that some studies find that up to 43% of openly gay, lesbian, bisexual, and transgender employees surveyed had experienced discrimination in the workplace.

According to the Human Rights Campaign, less than half of U.S. states prohibit discrimination on the basis of sexual orientation and gender identity in the workplace. 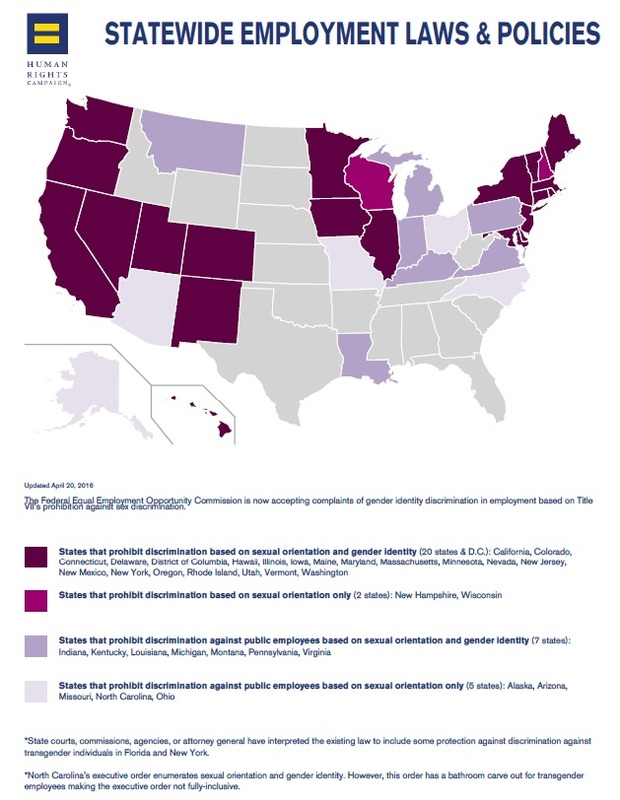 Along with a few state bills, non-discrimination against sexual orientation and gender identity is currently pending on the federal level. The Equality Act, introduced in July 2015, would set unprecedented workplace protections for LGBT workers by “[amending] the Civil Rights Act of 1964 to include sex, sexual orientation, and gender identity among the prohibited categories of discrimination or segregation in places of public accommodation.” If this bill is not passed by January 2017, the bill will be marked dead and must then be reintroduced in the following legislative term.

With LGBT employees still susceptible to discrimination in the workplace, last year’s legalization of gay marriage marks a milestone—not the finish line—for this community to obtain full protections under the law.

On January 18, 2023, V&A's Leonor Hidalgo Coyle and LaDonna Lusher held an employee rights presentation at the Institute of...

By Kara Miller and Inés Cruz

The New Jersey minimum wage rates have changed in 2023. It is important for you to know the updated rates, as your rights might be...